Accueil Porsche 911 ratings: 6 good reasons to believe the increase is here to stay

Porsche 911 ratings: 6 good reasons to believe the increase is here to stay 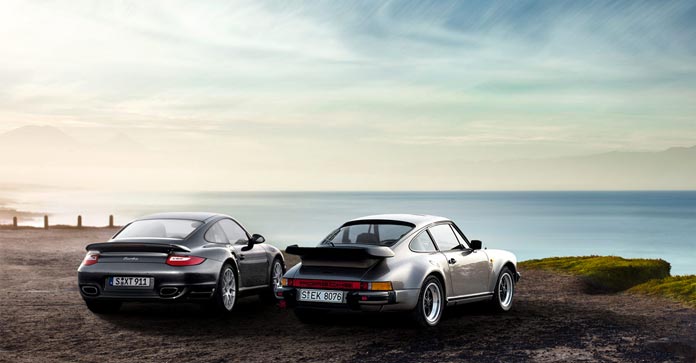 More than ever before, you’ll hear Porsche fans talking about the Porsche 911. Porsche’s ratings have really strengthened in recent years, reaching all-time highs for some of the rarest 911 models. Most of the Classics have seen their ratings multiply by 2, 3, or even 4 times.
Not so long ago, those who said that the bubble would burst are now changing their minds, confirming this increase wasn’t just speculative but based on the 911’s new value.
We’ve looked into the 6 most likely reasons why our dear 911 is enjoying such a high rating and have discovered the following : 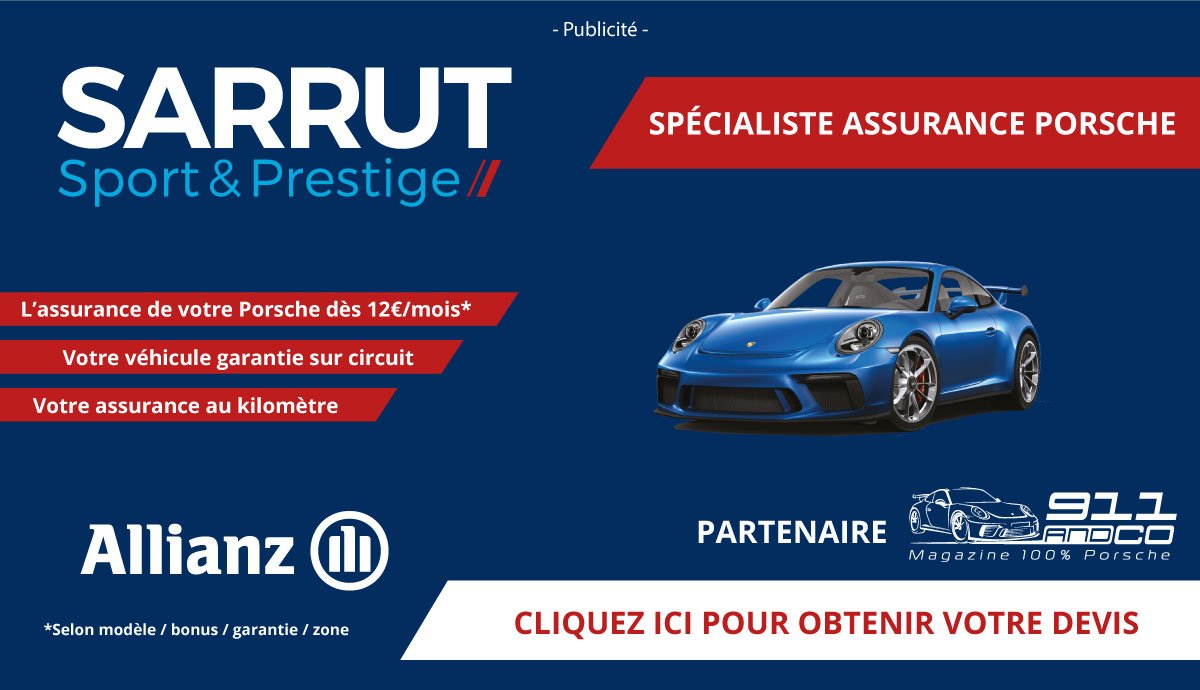 Switching to a turbo engine on the 991 MKII signified a major breakthrough in the 911 model’s history and previous generations of 991 rose in value ​​in the eyes of enthusiasts. This change in technology stopped using aspirated engines and led to the 911 becoming more valuable, including the 991 MK1, whose rating hasn’t fallen over the last year! Are there any other mass-produced models that you know of (we’ll come back to this point later) that haven’t lost value after 2 years? Switching to the full turbo had an influence on the ratings of the 996 and 997, which also continued to increase. This influence on the ratings of 996 and 997 models should be set for the long-term, will almost certainly get stronger and is even more significant for all models preceding the 996. This technology departure is a little like the switch from air cooling to water cooling in 1998 and the arrival of the 996. With the benefit of hindsight, we can now see that this kind of major technological breakthrough has the effect of permanently holding the value of cars from previous generations

Do you remember the time when a Classic in mint condition sold for between €35,000-€45,000? Well, those who sold their Classics for such prices back then will remember it well and we can count on them not to make the same mistake twice with their new 911. Currently, I don’t know any Porsche fan who’s prepared to sell their car without naming their price. Many other fans share this opinion, even if they aren’t going to make a quick sale. These enthusiasts have learned their lesson and won’t devalue their vehicle for the sole purpose of « reassuring » the market simply because of ratings published in various places. 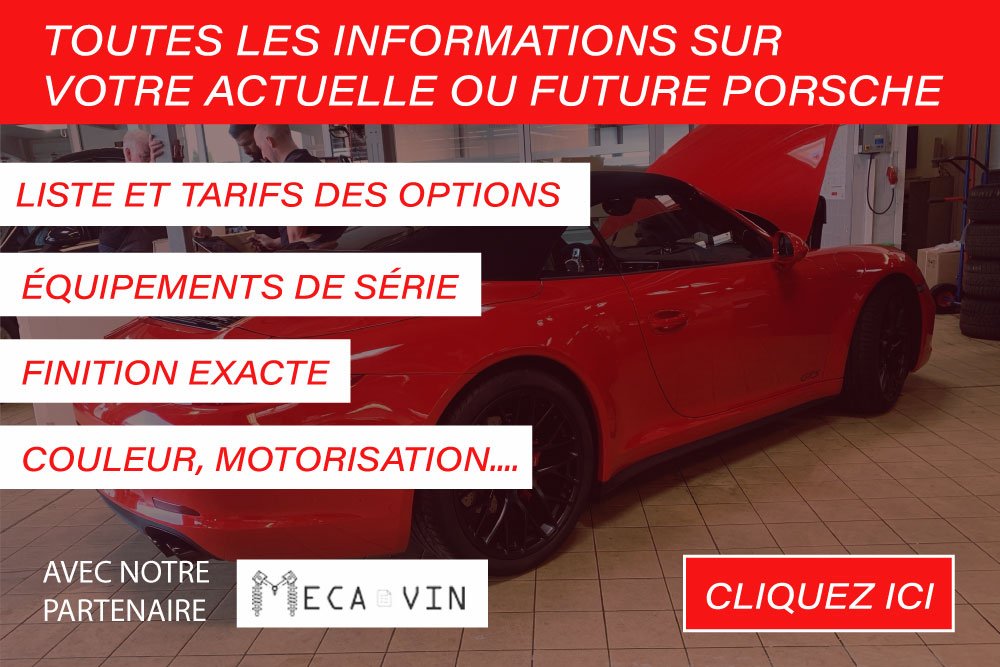 When the Chinese market matures enough to become passionate about Porsche, which could happen fairly quickly given Porsche’s efforts to win over such a high-potential opportunity, second-hand Porsche cars will become part of a market that, according to the principle of supply and demand, will send the ratings soaring. This will apply to the cars we call old-timers as well as for young-timers. Also, for the modern-timers like the 996 and 997.
It’s true that the Asian market is booming. Currently, China is the biggest single market for Porsche and the Zuffenhausen company is doing everything in its power to promote the popularity of Porsche in China so they can convert the Chinese to being Porsche fanatics just like us:
– The Experience Centre has opened, inspired by enthusiasm and passion for Porsche, like the « Porsche On Sylt ». 2017 sees the opening of a Centre in Guangzhou (Canton), the capital of Guangdong Province in southern China;
– A Chinese Porsche Club has been created, which will soon lead to 250 other Porsche Clubs in China;
– Porsche Motorsport Asia Pacific has been launched too.

4 – Admittedly, « investors » have had a long-term influence on the 911 rating

Our cherished brand is now targeted by private investors and even groups who are having an impact on the 911 rating in the short, medium and long terms. Groups of buyers include companies who run pension funds and are buying 911s ten at a time, keeping them to get a substantial long-term return on their investment. These cars are now out of the market and often kept in hangars for considerable periods of time.
As I strolled through Retromobile, I stopped to talk to a 356 restorer. Hearing our discussion, another man joined us. He knew absolutely nothing about Porsche and only wanted to make a good long-term investment, which he’d heard was a good idea and wanted to take advantage of it. This kind of cold speculation is rather disheartening and goes against the Porsche philosophy and passion that animates enthusiasts like us. Unfortunately, it’s a very real phenomenon and there’s no denying it. We should « trust » these speculators and especially investment funds who aren’t in the habit of investing to make a loss. They really know what they’re doing and their actions are helping to increase the second-hand 911 market. 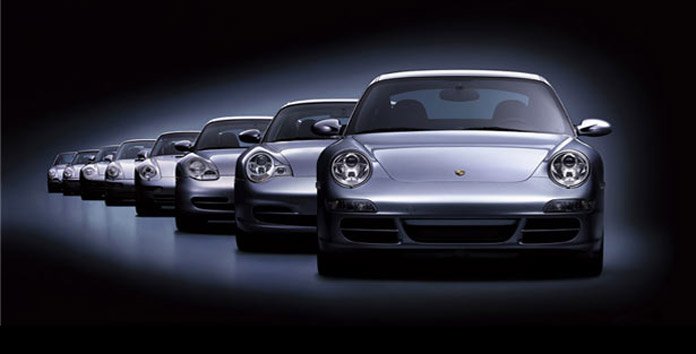 A Porsche of any generation will always be an outstanding car and quite rare in the world’s car fleet. As you’ll see from our rarity chart below, production of the 911 never peaked and remained fairly moderate compared to the world market. Despite excellent sales, 991 levels are even lower than those of the 997 in 2006/2007.
To illustrate this, we’ve created a graph showing the growth of global automotive production compared to global production of the Porsche 911, representing the size of the automotive market at a given time in automotive history.
We’ve called this ‘the rarity index’.

Why should we take this into account? Well, why not? A Porsche like a 911R, a 918 Spyder, and many others are all defined by their design and especially by their rarity. Why shouldn’t this be the same for the other models, even if their rarity isn’t the same?
The Porsche 993 was equal to 3062, which means there was one Porsche 911 type 993 produced worldwide for every 3062 other vehicles that were manufactured. Given that this rarity index is compared with world production, what’s striking is that a 991 MKI has a rarity index as high as a 993, which is an additional reason for the 991 MKI’s rating remaining incredibly static. In addition to the part that a breakthrough has played, the 991 MKI benefits from a very good bid/offer ratio in favour of the seller.

The famous bubble referred to by various specialist magazines never really existed except for some rarer models. Also, it doesn’t make sense to talk about a bubble when the rating is three times higher than it was after the bubble burst. These are Classic and exceptional cars like the GT2, GT3 and GT3 RS and, more recently, the sizzling 911R (991), whose rating soared a few weeks after its arrival. Many of these exceptional vehicles have seen their ratings fall slightly over the past year but are still much higher than a few years ago.
The current prices of 996 and 997 models are referred to today as market prices. Even Flat6, the reference magazine for Porsche fans, noted in its May 2017 edition: « All this leads us to think that we’re definitely going through a calm phase where the bubble isn’t collapsing or bursting »…. « You’ll notice that several generations are still on the up, slowly but surely, especially in relation to recent 996s and 997s. »
The Classic has never been influenced by this « speculative bubble », neither have the models that 911 and Co calls the « modern-timers » (996 and 997). While some exceptional cars have seen their ratings return to more realistic levels that are nonetheless still high, the ratings for all other models of 911 have remained stable or increased slightly over the past year.

None of these factors should be considered in isolation as they all contribute to the current and future trends of the Porsche 911 rating.
Unless we have a global financial crisis, the 911’s rating is unlikely to decline over the next few years. Depending on the model, there are bound to be fluctuations but the rating will always end up at a level close to current ratings or even higher.
Also, these factors aren’t the only ones influencing the rating. If we were able to quantify such a thing, we could link the rating to the preferences of Porsche fans. It’s true that they widely preferred the 997 over the 996, which was long regarded as the 911’s poor sister. In any case, individual preferences could even differ for the same model depending on what’s motivating a Porsche fan to buy. A track racing enthusiast will appreciate a 997 MKII more for its auto-PDK gearbox, whereas those who prefer to use their Porsche for cruising around with the wind in their hair and a purring motor will prefer the 997 MKI, which has a pleasant and more sophisticated tone than the MKII, even if you don’t have as fast a Tiptronic transmission

Whether you’re buying now or in the future, here are our tips:
1. Initially, buy a Porsche for fun.
2. Buy a Porsche 911 to drive…. there’s nothing worse for a car than not driving it. Look for a car with a consistent mileage and regular maintenance (check the maintenance book and accompanying invoices) rather than a vehicle that’s been garaged for years without being used.
If you have any other suggestions, please send them to us. 911 and Co are happy to take part in any conversations on this exciting subject. 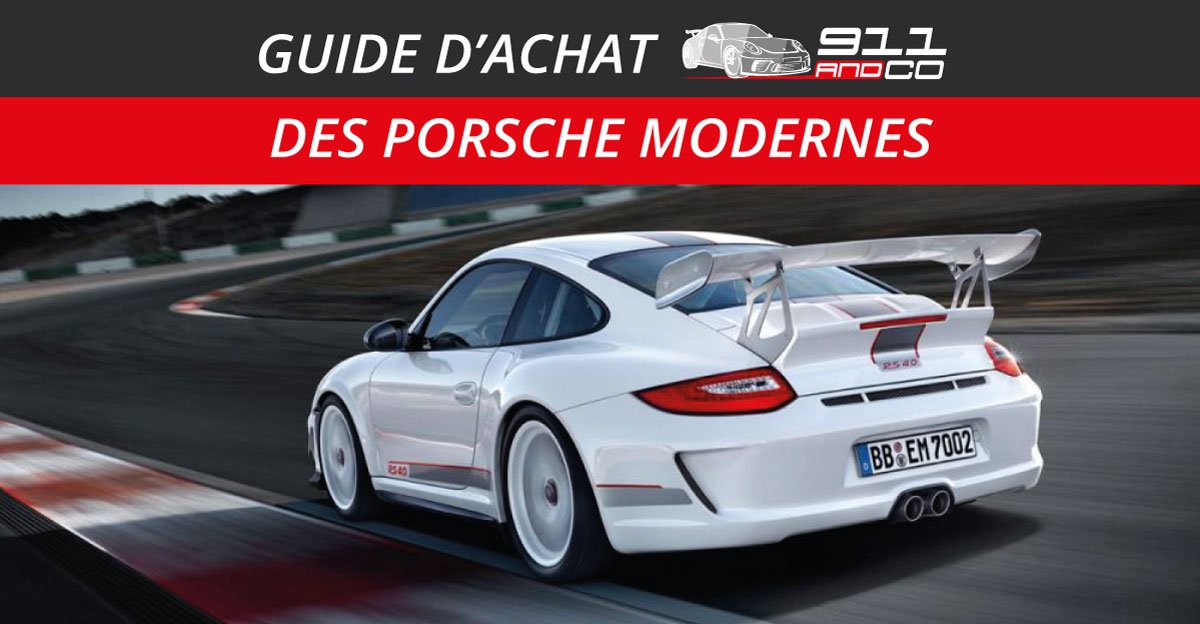 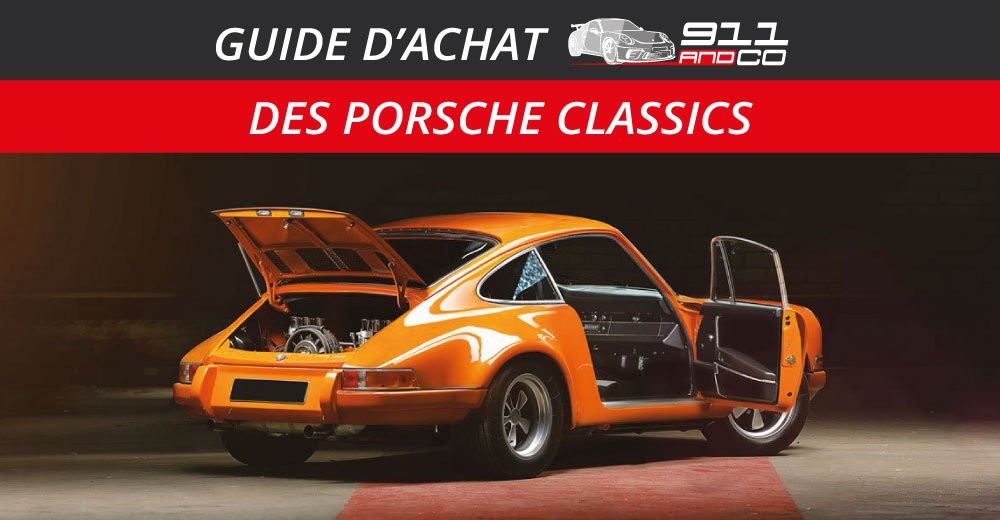 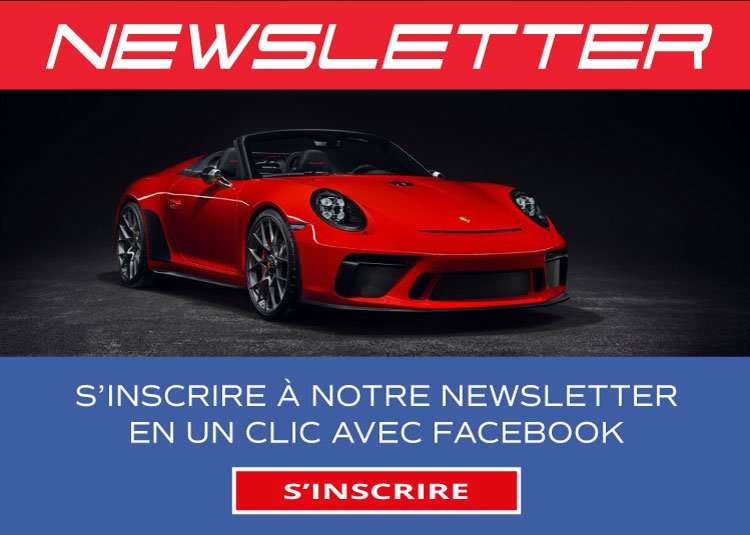 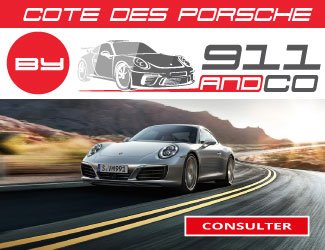 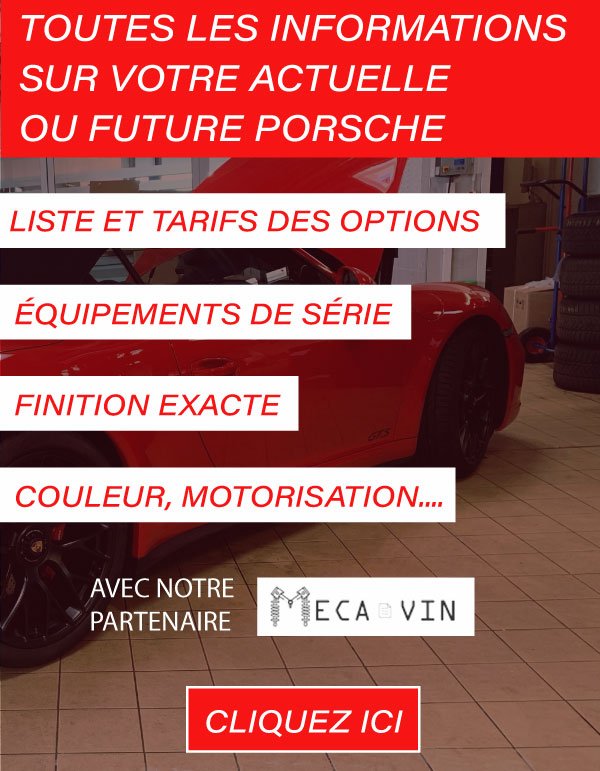